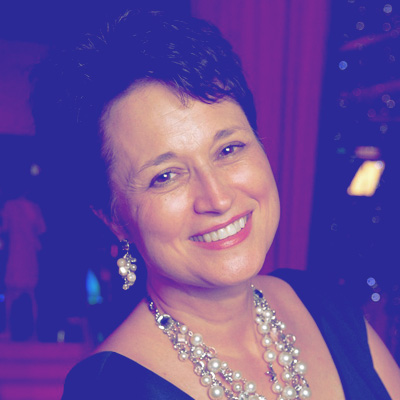 Lyssa Adkins is a coach, facilitator, teacher and inspirer. She can make groups “sing.” (Sometimes literally) Her current focus is improving the performance of top leadership teams and Boards of Directors through insightful facilitation and systems coaching. She also wonders if Agile can accelerate the mission of folks working on the effects of climate change.

For years, Lyssa has been a passionate player in the Agile Coaching profession. In 2010, she co-founded the Agile Coaching Institute and currently serves as President Emerita as well as co-leads ACI’s competence-based coaching curriculum. She is the author of Coaching Agile Teams, which is still a top-10 Agile book years after publication.

Lyssa likes to explore facilitating intense conflict, societal change, organizational change, the benefits and costs of being human in the workplace, agile coaching, agile transformation, adult human development, human systems dynamics, the role of nature, and books of all sorts. She tends toward a balance of the provocative and practical, and likes to make sure she really listens to someone’s question before responding.

The Agile Coaching Institute is an Accenture Company.

Heidi Helfand is Director of Engineering Excellence at Procore Technologies, creators of cloud-based construction software. She is author of the book Dynamic Reteaming: The Art and Wisdom of Changing Teams, which challenges the notion that you need to keep your teams the same in order to be successful. Heidi was on the “first team” at two highly successful start-ups – ExpertCity, Inc. (acquired by Citrix), where she was on the team that invented GoToMyPC, GoToMeeting and GoToWebinar; and AppFolio, Inc., a SaaS (software as a service) property management software company that went public in 2015. She is a co-active coach certified by the International Coaching Federation (ICF). 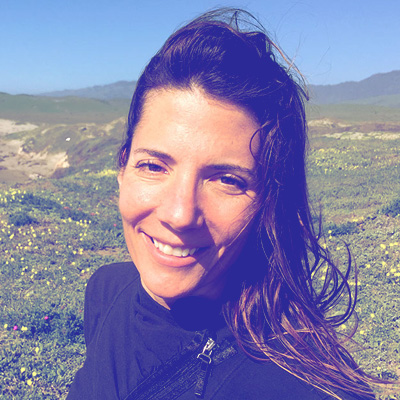 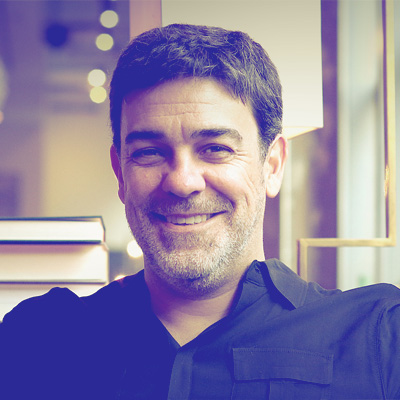 Gustavo Razzetti helps teams and leaders ignite and accelerate a culture of change. He is the CEO and founder of Liberationist, Change Leadership and author of the books Stretch for Change and Stretch Your Mind.

In his capacity advising CEOs of everything from start-ups to Fortune 500 companies, Razzetti has been able to lead and transform organizations for over twenty years.

He has consulted companies in almost every business category including Verizon, P&G, 20th Century Fox, Coca-Cola, General Motors, Allstate and the Mexico Tourism Board, among others. Gustavo was previously EVP at Leo Burnett Chicago. Prior to that, he worked as CEO of Euro RSCG in New York, Argentina, and Puerto Rico.

Gustavo has participated in hundreds of conferences as keynote speaker as well as facilitating workshops in the US, Europe, Latin America, and Middle East.

Now living in Chicago, Razzetti is married with two sons.

Software craftsman, co-Founder of Codurance, author of The Software Craftsman: Professionalism Pragmatism Pride, founder of the London Software Craftsmanship Community (LSCC), and international speaker. With more than 20 years of software development experience, Sandro has dedicated most of his career to help tech communities, developers and companies to adopt eXtreme Programming practices and Software Craftsmanship principles and values. 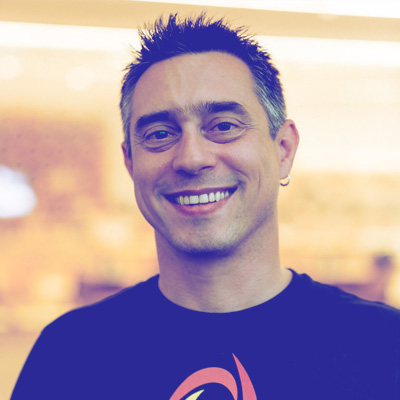 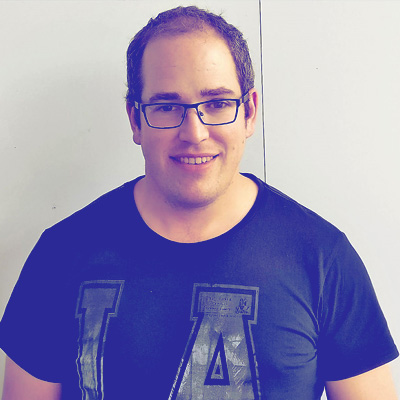 John loves seeing individuals, teams and organisations become the best they can be. He does this using a mixture of coaching approaches embedded with the agile mindset.

John is often found at meetups and conferences around the world trying out new ideas and learning from others. When he does have downtime, he is likely to be practising his Taekwondo at the gym.

John is proud of his military background and believes it is a crucial reason for his ongoing success in the agile space.

Néstor Guerra is an entrepreneurship, mentor, and a teacher. Currently is the CEO and co-founder of IEC, a startup dedicated to develop solutions for Smart Cities. He juggles this role with being a professor of Business Design & Lean Startup in the EOI (Escuela de Organización Industrial).

He is one the most well-recognized persons in the Lean Startup entrepreneurship field. He has participated as a speaker in TEDx events, Expomanagement, Salón mi emprensa, ESL, EBE and others…. He is also a member of the Comité Asesor de CISE (Centro Internacional Santander Emprende) and Lazarus from Fundación Caja Rural Castilla la Mancha and acts as a mentor in the program Startup NEXT Google for Entrepreneur, mentor in Samba Health, Startup Dragon, Yuzz as well as punctual collaborations with a large number of important Startups accelerators in Spain and Ibero-América.

Néstor is a Telecommunication Engineer and holds an Executive MBA. He has awarded a grant by the Innovation Program Imagine Creative Center in San Francisco and the Babson College in Boston. He has more than ten years of experience in development and management of technology business. 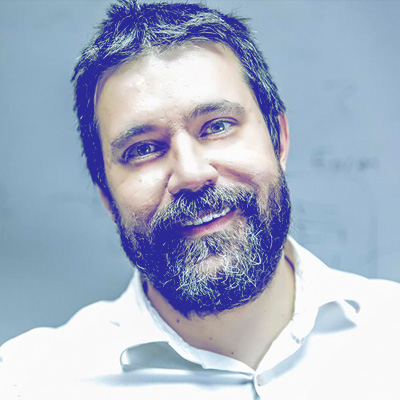 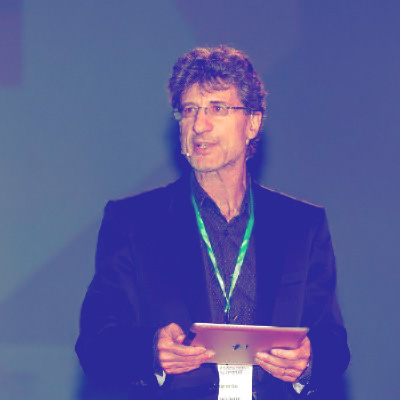 Member of Keiretsu Forum Chapter of San Francisco (the biggest business angel network in the world).

Board Member in Create Fundation and Sociedad Civil Forum; he is co-founder and host of TedxCibeles and ThinkidsProject.

Ambassador in Spain for “The Venture” de Chivas Regal project and Fellow Nominator in Ashoka.

Speaker in TEDx and part of the TED team in Spanish.

Author of 3 e-books about Customer Experience and Engagement.

Professor of Entrepreneurship at IED, ESIC and IE Business School, mentor/coach in ESADE.

Blogger, speaker, Host y panelist in radio and tv shows. He has been ponent in the Stanford Summit Europe in Zurich in 2012.

He has started his career as a Marketing Director in Olivetti OSN (Milan and London), then he became General Director of Export in Amper S.A., Founder of Erasmus Equities (Seed Fund Capital in Hong Kong), Advisor in Planet Capital (Venture Capital Firm, Netherlands), and CEO at CEOE Internacional.

Board Member of University of Chicago.

Dr. Rebecca Parsons is ThoughtWorks’ Chief Technology Officer with decades-long applications development experience across a range of industries and systems. Her technical experience includes leading the creation of large-scale distributed object applications and the integration of disparate systems. Separate from her passion for deep technology, Dr. Parsons is a strong advocate for diversity in the technology industry. Committed to increasing the number of women in coding and STEM fields, Dr. Parsons served on the board of CodeChix and acted as an advisor to Women Who Code.

Dr. Parsons is the 2018 Abie Technical Leadership award winner, honored by AnitaB.org for her notable impact on business and society. As a thought leader she is a sought after speaker for industry events, serving as a featured presenter at well-known conferences, including Collision Conference, Web Summit, YOW!, Grace Hopper Celebration of Women in Computing and more. She held the position of chairwoman for 4 years on the Agile Alliance Board of Directors and has served the organization over a total of six years. 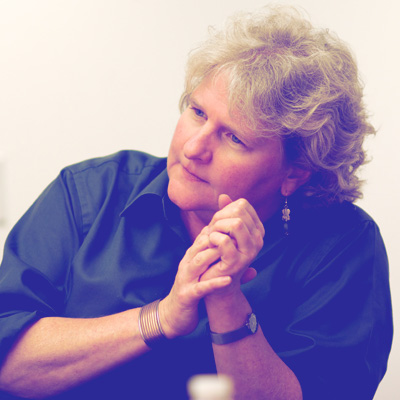 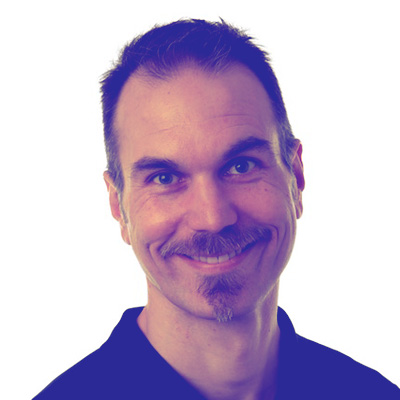 Roman is the author of three books, including Strategize: Product Strategy and Product Roadmap Practices for the Digital Age and Agile Product Management with Scrum, and he writes a popular blog for product professionals.

As the founder and director of Pichler Consulting, Roman looks after the company’s products and services. This keeps his product management practice fresh and allows him to experiment with new ideas. Roman is based in Wendover near London in the United Kingdom.

Over the years, Michael has spent a significant amount of time helping teams gain control over large code bases in C, C++, C#, Java, and Ruby. He was involved in the early Agile movement and one of my passions is helping organizations recognize the impact of their internal organization and communication on the long term viability of their software products – putting interactions in place to prevent the accumulation of technical debt and lost business opportunities. 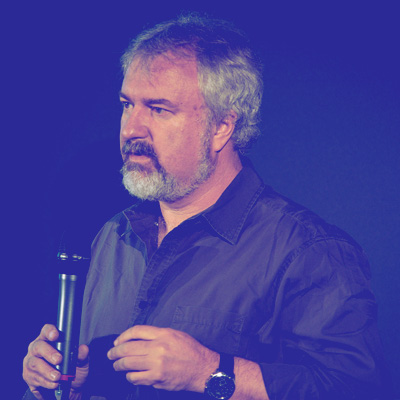 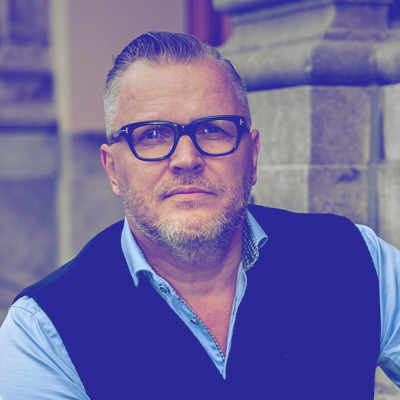 Arie van Bennekum is a pragmatic who embeds his pragmatism in structure, discipline & common sense from his early days in the health care and the military forces up to where he is today. This eventually led to being one of the authors of the Agile Manifesto.

Over the years Arie has become an expert on Agile transformations. Next to this work in Agile and Agile transformations Arie lectured 20 years at the Rotterdam University on topics such as Agile, project management and Facilitation. His IP is to be found at www.integratedagile.com.

Angel is a very energetic, proficient and forward-thinking Coach who specialises on coaching organisations throughout their Agile journeys. His pragmatism and experience in Organisational Coaching and Business Agility are the driving forces behind his perceptive methods of action. As an insightful coach, trainer, and mentor, he’s helped to constructively and successfully improve quality standards, product/service delivery, continuous improvement and innovation capabilities in a diverse set of companies, from small startups to fortune 500 multinational organisations.

In addition to his work as an Agile Coach, Angel teaches video game production at ESNE (University of Design, Innovation and technology [Madrid]) and Design Thinking at LaSalle University [Barcelona]. He also has participated as a speaker in more than 50 international conferences and Agile events in Europe, Asia and the Americas, being a significant contributor to the international Agile community since 2009. 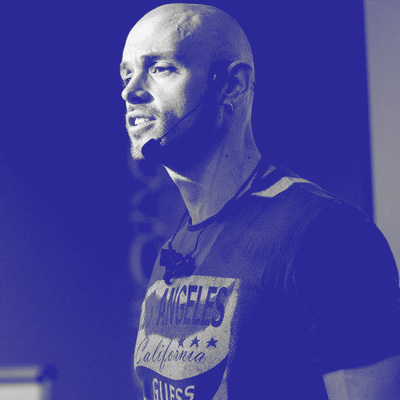 She does so as a live graphic record, during conferences, workshops, meetings and events, synthesizing in a large wall what is being discussed.

In addition, she trains teams to think in images so that they can communicate and manage more agilely: visualizing to share ideas, explain processes, facilitate meetings and create presentations.

Ana was trained as Graphic Designer (UBA) specialized in Typography (Autonomous University of Barcelona), certified as Scrum Master and Agile Explorer and UX. She works at INDUS Coworking (Buenos Aires) with a team of graphic and audiovisual communicators. 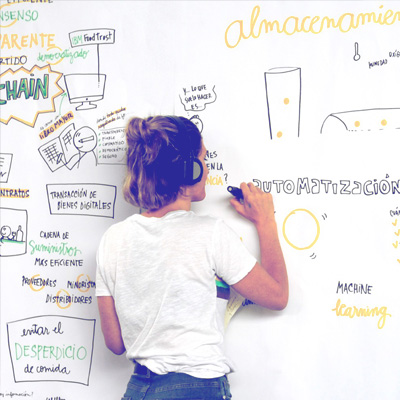